Former Crystal Palace manager Ian Holloway has praised England youth international and Queens Park Rangers rising talent, Ebere Eze, but advised him to take his time before making any move away from the Championship side.

The former QPR manager heaped praises on the talented youngster after his impressive start to the season, despite Rangers’ struggles.

Mark Warburton’s men are only just recovering from a mini slump with two of those wins coming in their most recent matches. Before that time, the Rs had not won any of their previous seven matches.

But while the R’s have stumbled and wobbled, talismanic midfielder Ebere Eze has kept shining bright.

The 21-year-old has been QPR’s best player of the ongoing campaign. He has scored more goals (9) than any other Rangers’ player, clocked more minutes on the pitch than all except Ryan Manning, supplied the most number of assists (4) and has the highest Whoscored.com rating in the squad (7.51).

It is this impressive form that has seen him attract interests from Premier League clubs with QPR likely to have trouble keeping hold of their star player when the January transfer window opens.

Ian Holloway, who once managed the player when he was the boss at the Kiyan Prince Foundation Stadium, has charged the midfielder not to be in a haste to quit the club.

“Eze is one that sticks out like a sore thumb, I’ve always liked a flair player,” the former Eagles manager told Football League World.

“There should be no rush to go anywhere from his point of view, there’s plenty of time for him and he makes me proud when he goes out on that field.

“I hope Eze gets played every minute of every week, he’s learning and he’s playing in the way that the fans love.

“However, the debts that the club has created over the last few years does put them at risk, so it will be interesting to see if he stays put or not.”

Eze’s technical ability on the ball has been compared with that of Super Eagles great Austin JJ Okocha. It is understood that the President of the Nigeria Football Federation is committed to seeing Eze switch his international allegiance and represent Nigeria.

The attacking midfielder is expected to be in action when QPR seek to make it three victories out of three in their match against bottom side Barnsley on Saturday. 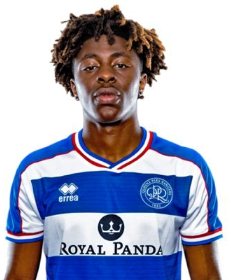 Allegri Lined Up To Succeed Conte