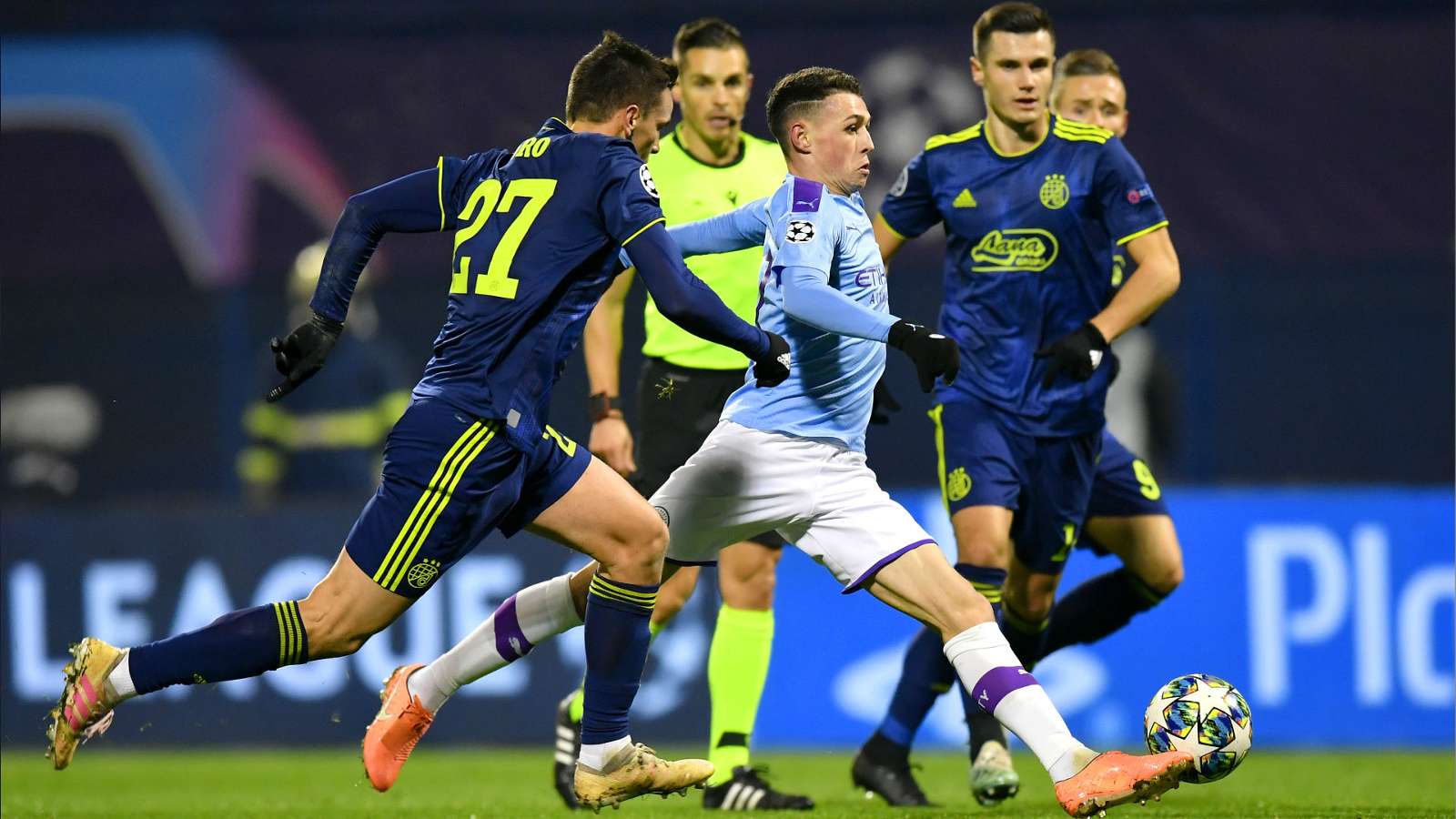 The Manchester City boss has been gently nurturing the 19-year-old over the past two seasons but he can’t delay his rise any more.

“He just has to have fun and play,” Guardiola said before the Champions League clash with Dinamo Zagreb. But the midfielder was deadly serious as he and Gabriel Jesus broke Dinamo hearts and killed off their hopes of qualifying for the knockout stages for the first time.

While more senior players struggled on the back of a below-standard start to the season, the England Under-21 international turned the game with a standout performance in the heart of midfield.

It was Foden’s 50th appearance for his boyhood club – mostly made up of late substitutions – but he showed why he deserves so many more.

City were heading for a fifth defeat of the season – just one fewer than all of last season – when Foden turned the game with his energy and drive.

His creativity allowed more space for Riyad Mahrez and Gabriel Jesus and, suddenly, City looked back to being their old unstoppable saves.

Jesus, too, deserves a huge slice of the praise for a superb hat-trick but until Foden’s intervention, the striker had little to feed on.

Trailing to Dani Olmo’s smartly taken 10th-minute volley, confidence was draining from their more senior team-mates as they overplayed, passing sideways with little purpose – a crime under Guardiola.

City had barely created an opportunity when Foden picked up the ball midway in the Zagreb half, drove at the Dinamo midfield, skipping past two scything tackles aimed at halting his run in any way possible.

It shifted the home defence out of position and Riyad Mahrez picked out Jesus’ intelligent run to head home the equaliser.

Dinamo players were furious that Foden had not put the ball out of play with one of their team down injured, but the Stockport-born playmaker is up for a fight and stood up to the jostling of grisly centre-back Arijan Ademi in the ugly aftermath.

Moments after the restart, Amer Gojak gave him an unnecessary kick followed by close-up intimidation. Foden wasn’t the least bit bothered, staring down the Bosnian and starting City off on another attack.

Five minutes into the second half, Foden and Jesus cut open the Dinamo defence again, combining with a short sharp interchange before the striker’s neat finish after an outrageous dummy.

Shortly after, he completed his hat-trick when he tapped in a trademark Benjamin Mendy cross that the Frenchman had been incapable of in recent weeks.

It capped a memorable night for Jesus as he collected the match ball and became the youngest Brazilian to score 10 goals in the Champions League, usurping Neymar.

But despite the striker’s lethal finishing, the night belonged to Foden as he rounded it off with a goal of his own.

Guardiola’s high-risk football demands courage on and off the ball. With too many City players losing a touch of their belief, Foden stepped up to provide exactly what was required.

This was a game in freezing conditions with nothing riding on it and Foden scrapped for everything, leading from the front.

The City boss said his midfielder should knock his door and ask for more game time; Foden clearly wants to do his talking on the pitch.

His performance against Dinamo was a loud exclamation that he is a must in his side, starting with Sunday’s trip to Arsenal.