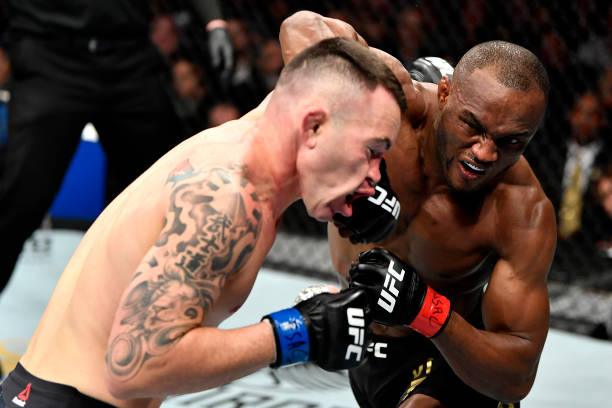 Usman broke down Covington in the last round, dropping him twice with two huge punches before referee Marc Goddard called off the contest.

The Nigerian, 32, broke Covington’s jaw with a huge punch in the third round.

Despite that, Covington continued to trade with the champion as the bout approached a thrilling climax that saw Usman claim a TKO victory with just 50 seconds remaining.

“I wasn’t worried about hitting him in specific spots, I just wanted to hit him over and over wherever I could,” said Usman.

“He talked a lot going into this, so this was a respect thing. I had a responsibility to go in there and teach him a lesson.”

Coronavirus: Brighton vs Arsenal set to ahead despite Gunners stars in self-isolation