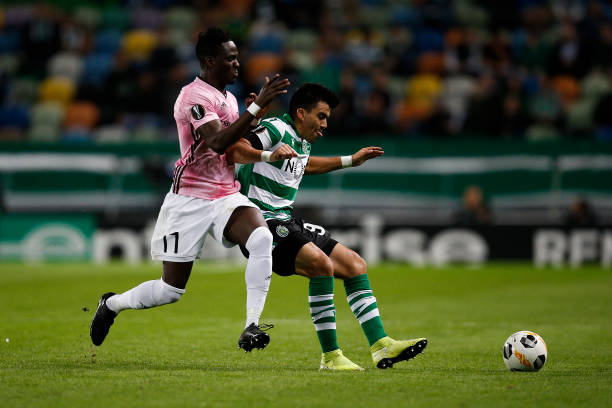 German giants Bayern Munich and Borrusia Dortmund are reportedly interested in new Nigerian prodigy Babajide David who is currently with the Danish side Mitdjylland.

Babajide enjoyed a successful loan spell with Norwegian side Rosenborg where he scored 5 goals (2 goals, 3 assists) in 11 appearances combined in Champions league qualifiers and the Europa League this season.

The 23-year-old Babajide has also been linked with a potential permanent move to Rosenborg following his outstanding performances in just-concluded season.

The German clubs are said to be interested in the attacker because he’s still in the developmental stage and can go on to become a world-class player.

Dortmund’s scout has watched the players several times and are ready to bring into their young squad in January, with many believed he can replace Chelsea bound Jadon Sancho.

Since moving to Europe in 2014, Babajide has enjoyed a successful loan spell with Thisted, Jerv, FK Haugesund.