Mikel Arteta was on the Manchester City bench as they won 3-1 at Oxford United to secure an EFL Cup semi-final berth.

Raheem Sterling scored twice as Manchester City battled to a 3-1 victory at Oxford United to reach the semi-finals of the EFL Cup on Wednesday.

League One side Oxford hit back just after the break, Matty Taylor taking his goal brilliantly to restore a short-lived parity, but Sterling – captain for the night – tucked in Angelino’s left-wing centre to put the holders back in front.

Sterling struck again to seal a spot in the last four, with Pep Guardiola’s assistant Mikel Arteta on the City bench amid reports the former Arsenal midfielder is set to succeed Unai Emery at Emirates Stadium.

Oxford skipper Rob Dickie made a brilliant last-gasp clearance to deny Sterling a tap-in as City turned the screw after a slow start.

The Premier League champions were in front in the 22nd minute with a fantastic team move spanning the length of the pitch, though Cancelo’s finish took a big deflection. 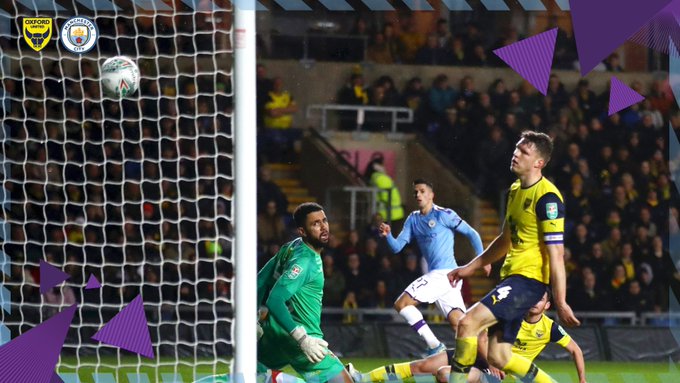 76 people are talking about this

Oxford scored a shock equaliser 21 seconds after the interval, Shandon Baptiste sent Taylor clear on the right channel and he nutmegged Taylor Harwood-Bellis before steering a low shot past goalkeeper Claudio Bravo.

But within five minutes City led again, Phil Foden freeing Angelino on the left to deliver a low centre that Sterling could not miss.

City’s progression was sealed in the 70th minute, Sterling netting his 33rd club goal of the year in all competitions with another close-range finish from Gabriel Jesus’ centre, and Cancelo hit the post late on as the gulf in quality finally told.

What does it mean? City on track for third straight EFL Cup

Many big clubs do not take the EFL Cup particularly seriously, but that is not the case for City. They have won the tournament four times in six seasons, including in each of the past two years, and will be favourites to retain the crown.
Foden growing into his role

Having been a surprise starter in City’s weekend win at Arsenal, Foden kept his place in midfield and impressed again. David Silva’s anointed successor had a hand in City’s first two goals and the teenager has now come up with an assist in three consecutive appearances in all competitions.

Karl Robinson’s enterprising Oxford side flew out of the traps in the second half and teenage defender Harwood-Bellis was caught cold. Taylor beat him far too easily, though the striker deserves lots of credit for a goal he will never forget. 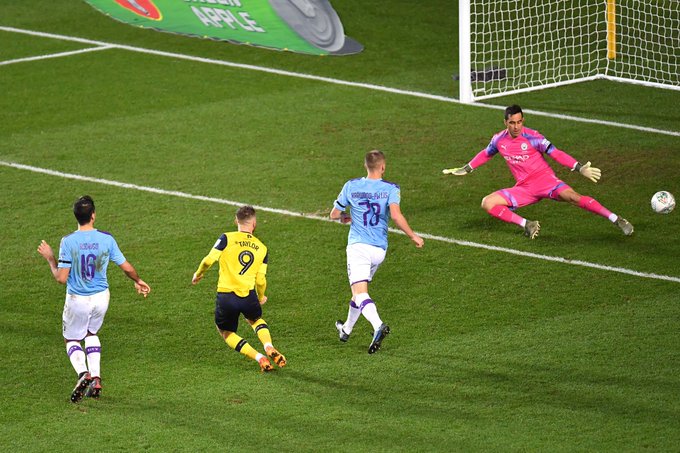 Guardiola’s men host Leicester City in a huge Premier League clash on Saturday, when they might well be without Arteta. Leaders Wycombe Wanderers are less glamorous visitors to the Kassam Stadium in League One, but it will be another big match for Oxford in the battle for promotion.

Champions League: We lost the battle, but the war continues – Neymar

Coronavirus: NBA Can Crown A Champion Without Fans – Johnson