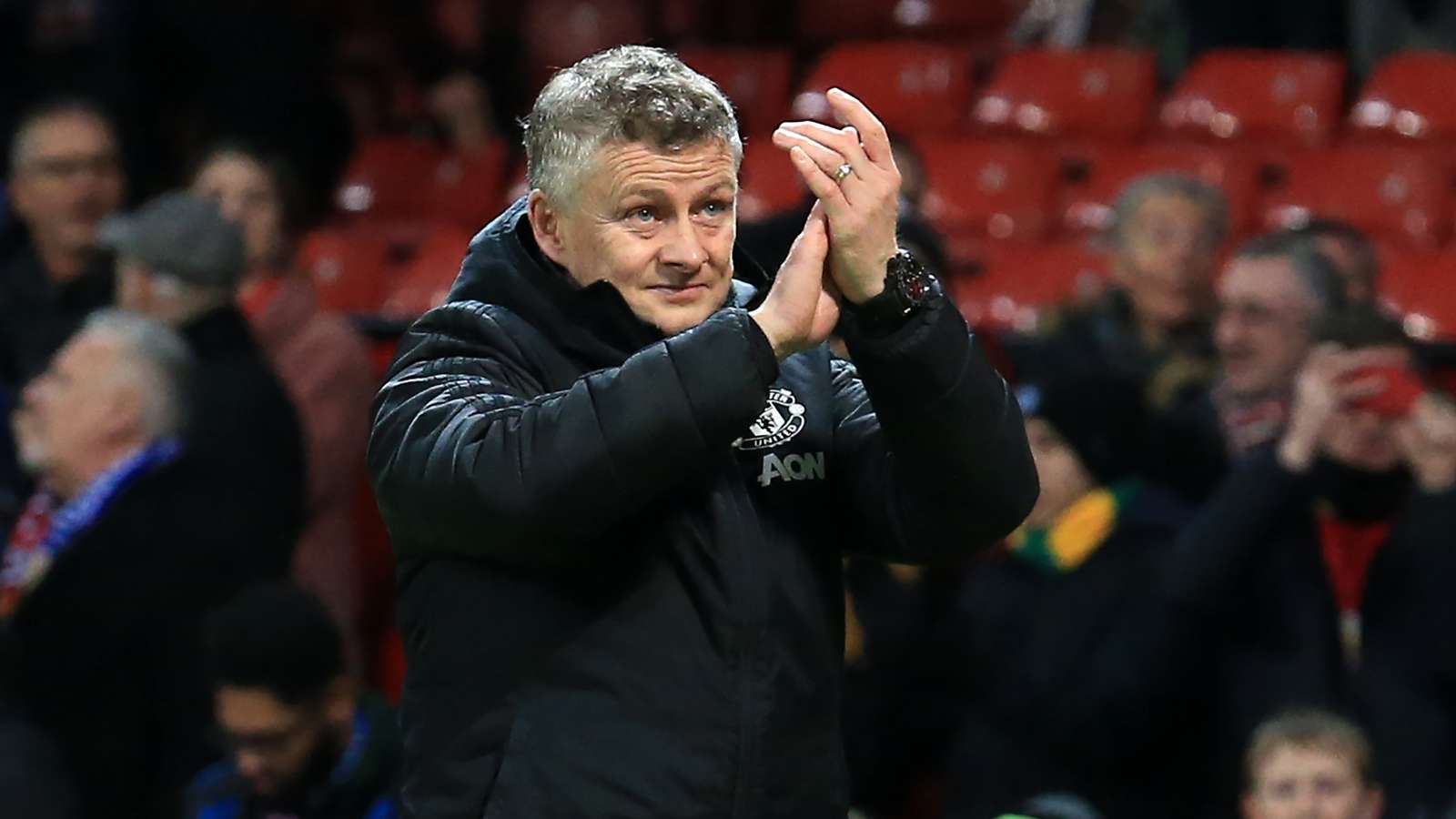 Ole Gunnar Solskjaer said his Manchester United players are looking forward to “a nice little draw” after they were pitted against Manchester City in the Carabao Cup semi-finals following their 3-0 win over Colchester United.

Goals from Marcus Rashford and Anthony Martial either side of a Ryan Jackson own goal ensured the Red Devils made light work of their League Two opponents at Old Trafford, but Solskjaer felt his players let their standards slip across the course of the game.

Colchester held Crystal Palace and Tottenham to draws before beating both sides on penalties in earlier rounds of the competitions and Solskjaer was more impressed by his side’s performance in a goalless first half against the U’s than he was after the interval.

“We dominated, created chances, but you’re never sure until you get the first goal,” Solskjaer said.

“They’ve had 0-0 against Palace and Tottenham, they are a good, hard team to break down. We created enough chances first half to put it to bed but then at least we got goals in the second half.

“If we kept playing like the first half I would have been happy but in the second half we were miles worse.

“We created more chances in the first half, we dominated, we were more patient; second half we did not make as many good decisions but we scored the goals.”

United will play City in the semi-final over two legs, during weeks commencing January 6 and 27.

Solskjaer’s men beat City 2-1 at the Etihad Stadium on December 7 and the United boss seemed pleased with the draw.

“You always want to win trophies and you want to win games and we got a nice little draw,” he said. “It’ll be exciting times coming up.

“I don’t feel anything is written in the stars; you just work hard, take what you get and do the best out of it.

“We’ve shown before that we can do well against City and teams like that.”

Pep Guardiola’s side booked their place in the final four after beating Oxford United 3-1 with Raheem Sterling scoring a brace after Joao Cancelo’s opener.

In the Carabao Cup’s other semi-final, Leicester City will face Aston Villa after the pair claimed victories against Everton and Liverpool respectively.